Home > Op-Eds and Commentaries > When Parity Is Not Enough: Sexual Violence in India’s Armed Conflict 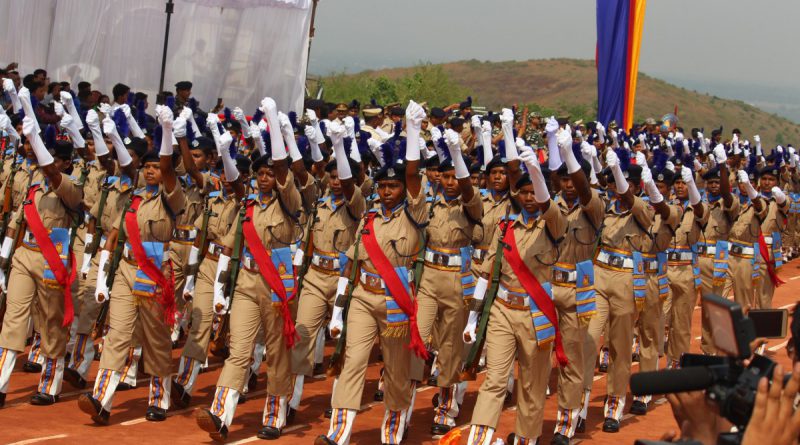 In October 2018, the Supreme Court of India turned down a plea by the Central and Chhattisgarh governments to adjourn a case challenging the retention of members of a banned tribal[1] militia in official state forces. The governments justified their appeal on the grounds that the matter was “sensitive” and could affect the results of the upcoming elections in the state of Chhattisgarh. This move to adjourn the case is symbolic of the government’s casual treatment of serious allegations of human rights violations in state-backed, anti-Maoist operations.

The Maoist insurgency, which first started as a revolt against landlords in 1967, is still ongoing in parts of Central India. In 2005 in Chhattisgarh, a local tribal militia called ‘Salwa Judum,’ rumored to be state-funded, sprung up in retaliation to the guerilla tactics of the Maoists in the region. However, in Nandini Sundar & Others vs. State of Chhattisgarh (2011), the Supreme Court delegitimized Salwa Judum on grounds of excessive human rights abuses perpetrated by the militia. The Court condemned the recruiting and arming of tribal youths without proper training and directed the government to investigate the crimes. Salwa Judum was associated with allegations of sexual violence, burning of villages, torture and large-scale displacement of civilians. However, despite the Supreme Court decision, it has been alleged that members of Salwa Judum have been retained in other forces such as the District Reserve Guard and Armed Auxiliary Forces. Over the years, activists and scholars have criticized the Central and Chhattisgarh governments for ignoring the Supreme Court order to conduct serious investigation into these cases of human rights abuses perpetrated by security forces.

Since 2005, there have been several fact-finding reports and press statements by civil society[2] and women’s rights organizations[3] urging the state to investigate and redress allegations of sexual violence by armed forces. In January 2017 the National Human Rights Commission (NHRC) released a strongly-worded statement, acknowledging the rape of 16 tribal women by security forces of Chhattisgarh, stating “that it is of the view that, prima-facie, human rights of the victims have been grossly violated by the security personnel of the Government of Chhattisgarh for which the State Government is vicariously liable.” Despite these mounting allegations, the government has made minimal effort to investigate the violations and continues to deploy new forces in the Maoist regions.

The most recent move in tackling left-wing extremism in the worst affected regions of Bastar, the epicenter of the movement in Chhattisgarh, has been the formation of a new battalion in the Central Reserve Police Force, Bastariya Warriors. The battalion has recruited 534 tribals exclusively from four districts in Bastar to provide security to the civilians and restrict the movement of the Maoists. For many, this newly formed battalion brings back memories of Salwa Judum even though the government insists otherwise. In an article published in The Quint, Ajai Sahni, Executive Director of the Institute for Conflict Management, argues that “CRPF’s Bastariya Battalion has no conceivable connection with history.” He calls it a regular battalion that is trained and that will follow the rules and disciplinary norms of the military. Additionally, he notes that the fact that “women [represent] a third of the battalion’s strength … [will] have a restraining, perhaps even civilizing influence on its actions.” Surprisingly, in the same article he also says that the retention of the Salwa Judum cadres in the District Reserve Guard, while in strict violation of the Supreme Court order, has proved beneficial in certain operations, as the members’ local knowledge is helpful in navigating difficult terrains.

Rape and sexual violence are often treated as the spoils of war; however, Elizabeth Jean Wood in her article “Armed Groups and Sexual Violence” provides evidence that rape is not inevitable in war.[4] She argues that group leaders play a crucial role in determining the “repertoire of violence” and that combatants are likely to follow orders and norms. Wood finds that in the case of Liberation Tigers of Tamil Elam, a leftist guerilla group in Sri Lanka, sexual violence perpetrated by combatants was rare due to strong condemnation of such acts within the group. Inaction on the part of the Indian government in punishing acts of violence that are contrary to the purpose of security in a conflict zone therefore perpetuates an air of impunity. Without repercussions for violations, the 44 weeks of training the battalion has undergone will be rendered meaningless.

The belief that simply adding women to peacekeeping missions will prevent violent excesses is also misguided. In “Does the Presence of Women Really Matter?” Olivera Simic argues that UN Peacekeeping missions over the years have not necessarily been more successful in curtailing sexual violence just by deploying more women in the missions.[5] She cites research that suggests “women tend to fit into the military hypermasculine environment rather than change it.” Sexual violence in areas of conflict, particularly peacekeeping missions, cannot be addressed by merely an “add and stir approach.” In fact, Dara Kay Cohen in her study of wartime rape in Sierra Leone found that female combatants perpetrated rape of civilians, which is usually thought of as violence only typical of men.[6] Therefore, adding women to the forces as a measure of check against abuses might not be an effective strategy to prevent extra-judicial actions.

To date, the government has not really addressed the root causes of the problem, which lies in how the forces are trained and the lack of prosecution for human rights abuses. Adding more women to the force, while progressive in addressing gender representation, is unlikely to reduce such violations in the combat against Maoist insurgency. The government needs to take stronger action by investigating the alleged human rights violations by armed forces in conflict zones and prosecuting those responsible.