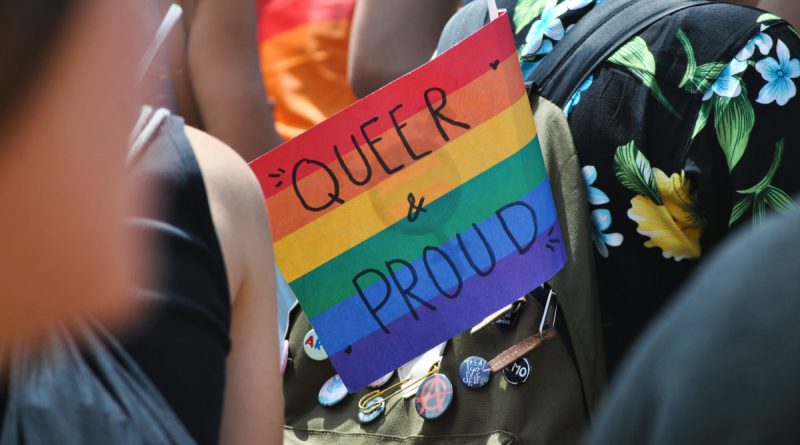 In my senior year of high school, I spent months gathering everything I could find on LGBTQ+ history for a research presentation. As the day approached, I panicked. It wasn’t that I feared my classmates would explicitly belittle me during the presentation, but rather a feeling of isolation. No one had ever spoken about LGBTQ+ history in our classrooms before.

In Massachusetts, LGBTQ+ inclusive history curricula are still not required. Our state has the tools and resources to implement effective LGBTQ+ inclusive curricula, but needs firmer policy to ensure that every student is provided the full scope of American history.

California added LGBTQ+ American history to its curriculum requirements in 2011, followed by Colorado, New Jersey, and Illinois in 2019. New York has a similar bill in Senate Committee now. Meanwhile, six states prohibit conversations about LGBTQ+ identities in their public schools (so-called “no promo homo” laws) – Alabama, Louisiana, Mississippi, Oklahoma, South Carolina and Texas. For all other states, the expectations are undefined.

Massachusetts has a long history of securing protections for LGBTQ+ rights, like banning sexuality-based discrimination in 1989 and banning conversion therapy in 2019. Yet, LGBTQ+ young people in the Commonwealth continue to face drastic disparities. The 2017 Massachusetts Youth Risk Behavior Survey showed that LGBTQ+ students were 3.5 times more likely to skip school because they felt unsafe and 3.9 times more likely to consider suicide in the past year. Schools with inclusive curricula can foster more positive attitudes toward LGBTQ+ students, which lead to lower rates of absenteeism for LGBTQ+ students and less anti-LGBTQ+ comments in the hallways, according to GLSEN’s 2017 School Climate Survey. Young people need to see themselves and their histories in their classrooms. With the alarming rates of depression, homelessness, and lack of belonging among LGBTQ+ youth, it’s essential that the silence be broken in our schools.

Though we haven’t seen moves on a legislative front, programs like the Massachusetts Safe Schools Program for LGBTQ Students have made some progress by developing social studies curricula. The curriculum materials they’ve created align with social studies frameworks in Massachusetts, so they can be easily integrated into a teacher’s lesson planning. In addition to Safe Schools, groups like History UnErased and ONE Archives Foundation are actively designing lesson plans to reflect these stories. This brings us closer to an LGBTQ+ history curriculum in Massachusetts schools, yet it’s not a strict requirement. It begs the question – what will happen in schools where administrators, teachers, and/or families don’t think LGBTQ+ history should be taught?

To be adequately implemented, any requirement will have to be paired with professional development. Teachers who simply don’t have the terminology or understanding to fully support LGBTQ+ students need skill-building opportunities. In my role as a trainer for the Safe Schools Program and kyriQ, I meet countless teachers who have a genuine desire to support LGBTQ+ students, but lack the content knowledge to communicate with students and families. A law requiring an LGBTQ+ inclusive history curriculum, supported by professional development for all teachers, could improve school climate and alleviate the feelings of fear and insecurity we hear from LGBTQ+ students every day.

Moreover, without pedagogical training, teachers would likely rely on a single-story narrative of the fight for marriage equality, without recognizing the important, ongoing struggle of LGBTQ+ activists. It’s essential that the curriculum be intersectional, allowing students of all identities to see themselves reflected. Educators who are already teaching Civil Rights, Women’s Liberation, and other social movements can easily make connections to LGBTQ+ leaders. We must acknowledge the contributions of leaders like Marsha P. Johnson and Sylvia Rivera of STAR, James Baldwin, Audre Lorde, Bayard Rustin, and Angela Davis, as well as the histories of indigenous peoples who are two-spirit (Native American) or māhū (Hawaiian). In terms of local history, The Combahee River Collective, a group of Black feminists from Boston, advocated for greater recognition of the intersections of marginalized identities, including lesbian and bisexual women of color.

Students in my high school were never exposed to any of these leaders; is it any surprise that when I started the first Gay-Straight Alliance (now more commonly known as Gender-Sexuality Alliances), I had no success in recruiting members? It was 2010 and while public visibility of gay and lesbian people had become more acceptable following marriage equality, the conversation was still silent in my hometown and many others. Feeling alone in my identity and not seeing myself reflected in the curricula impacted my confidence and mental health on a daily basis. Young people continue to experience this erasure but we have the opportunity now to create safer, healthier schools, not only for LGBTQ+ youth, but for all young people in Massachusetts schools. Inclusive LGBTQ+ history curriculum can get us there.

Photo by Delia Giandeini on Unsplash