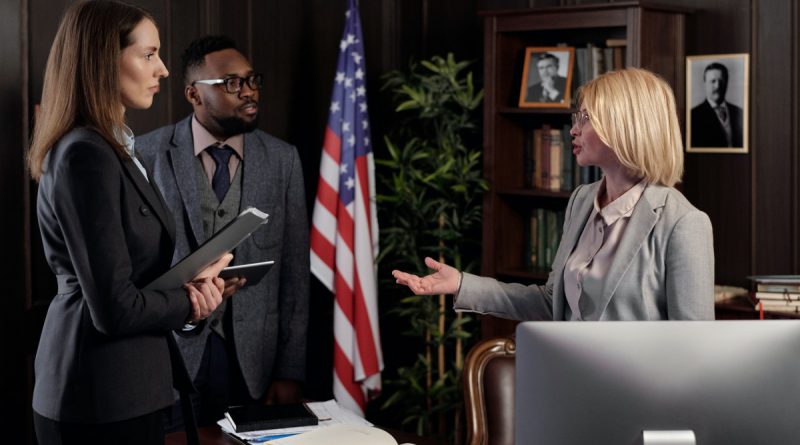 Op-Eds and Commentaries
June 15, 2020June 15, 2020 2420 Views feminism, foreign policy, pandemic, United States
Caroline Kaufman
Caroline Kaufman is committed to increasing gender equality, diversity and inclusion in foreign policy. She recently graduated with her Masters in Public Policy from the Harvard Kennedy School, where she served as Co-Chair for the HKS student group W3D: Women in Defense, Diplomacy, and Development.

Women leaders around the world are being disproportionately recognized for their skilled responses to the coronavirus crisis. These women have led compassionately and collaboratively, and put individuals—other women, in particular—at the center of their policymaking and response efforts, to incredible impact. Jacinda Ardern, Prime Minister of New Zealand, for example, has grabbed global headlines for her compassionate and decisive leadership during the crisis, positioning her country to achieve what, in the U.S., currently seems impossible: ridding itself of COVID-19 altogether. The U.S. could learn a lesson from these women. With the 2020 U.S. presidential election on the horizon and the COVID crisis spotlighting the need for a reboot of U.S. foreign policy, the time is ripe for the U.S. to adopt a feminist foreign policy.

Feminist foreign policy explicitly asks how a given policy will impact marginalized groups across gender, race, and class, and presents a framework to elevate the lived experiences of individuals, particularly women and marginalized communities, to the forefront of policymaking. [2] In asking this, the framework pushes policymakers away from the militarization of foreign policy, uplifts the voices of women and minority groups most affected by global security threats, and holds a magnifying glass to global systems of power that leave entire populations vulnerable to threat.[3]

Feminist foreign policy explicitly promotes gender equality and demands greater inclusion of women in crafting the policy itself and a country’s level of gender equality is the single strongest indicator of its level of peacefulness and stability.[5] One reason for this is that all-male negotiation groups make “riskier, more aggressive, and less empathetic decisions,” than mixed-gender groups. [6] In the U.S., a primarily male national security establishment is likely to lead to riskier security outcomes for Americans. Another reason gender equality indicates national stability, is that by emphasizing and improving outcomes for women, who are often the most severely impacted by national security threats like COVID-19, countries can simultaneously enhance the security of all citizens – a rising tide in the U.S. would lift all boats. The best way to ensure that U.S. foreign policy is reflective of women’s needs is to ensure they have an equal seat at the decision-making tables. And promoting gender equality in the workforce can unlock tangible economic growth and security, and is of particular importance as the U.S. stares down its worst economic crisis since the Great Depression.

A second pillar of feminist foreign policy is a shift away from a traditionally masculine focus on military action towards actions that emphasize diplomacy, collaboration, and coalition-building. This shift away from military action, with the goal of decreasing military or violent conflict, could in itself put fewer American troops and civilians at risk. But it would also position the U.S. more strongly to protect Americans from global threats of the future. These threats, which will not be fixed, tangible issues, but rather cross-cutting and world-wide like new pandemics or climate change, will not be subdued by military force, but by international collaboration. A renewed focus on multilateralism would therefore  have the potential to make not just the U.S., but the world, safer.

The adoption of feminist foreign policy in the U.S. could be initially challenging. It would require a reexamination of the U.S.’s historic reliance on military might as its primary means of security and a reconsideration of the utility of long-upheld military alliances like NATO.[7] More specifically, this could mean a re-allocation of funding to more heavily emphasize diplomacy and a re-imagining of security alliances to focus on non-military means of defense. It would also require a meaningful, ongoing effort to interrogate the impact of policy on women and marginalized communities, a cultural change that begs time and commitment from the highest levels of government. The U.S. has seemed particularly far from ready for feminist foreign policy under Trump, whose foreign policy team is dominated by white men who are happy—or at least willing—to enable the President’s trigger-happy penchant for military dominance.

A new administration should act and build on these steps. It should first, issue a mandate for high-level leadership to promote feminist foreign policy and follow this with a commitment to gender parity, diversity, and inclusion (including within the foreign policy establishment’s leadership) and to data-driven understandings of how policies impact women and minorities. In the COVID-19 crisis, we have seen the positive impact of strong, female leaders who have embraced feminist foreign policy ideals. By centering women in their policy responses, embracing compassion and prioritizing international collaboration over competition, these trailblazing women are protecting their citizens against the worst of COVID-19. Behind a feminist foreign policy, and with more women in leadership, the U.S., too, can better protect Americans—all Americans—against the next global pandemic.

[8] “Towards a Feminist Foreign Policy in the United States.” International Center for Research on Women. October 2019. https://n2r4h9b5.stackpathcdn.com/wp-content/uploads/2019/06/Toward-a-Feminist-Foreign-Policy-in-the-US-v5.pdf