Home > Articles > Caught in the web of inequalities: The Devadasis’ isolation 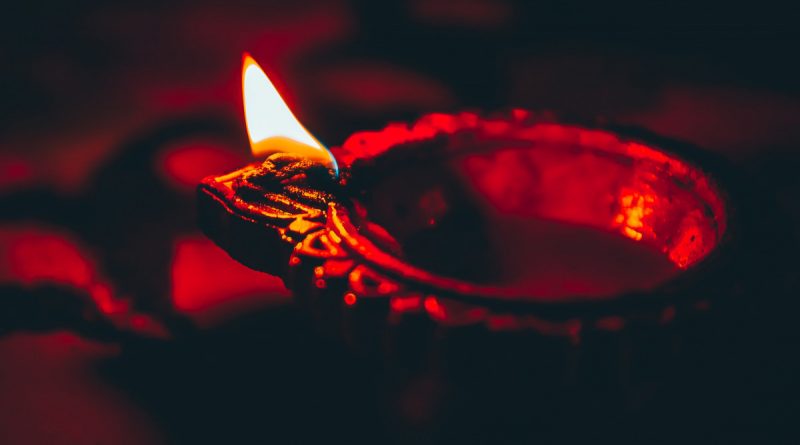 Articles
May 23, 2022May 18, 2022 250 Views Caste, India, Religion
Upasana Rajagopalan
Upasana is a graduate with a major in sociology and anthropology and a minor in performing arts. Her interests involve the concepts of intersectionality and systemic discrimination and its tangible ramifications in people’s lives. She has worked with social sector organizations in India as a fieldwork intern to document and map the way developmental policies are formulated and executed with the involvement of diverse communities. To gain a nuanced understanding of these issues, Upasana will be pursuing a Masters degree in social anthropology from the University of London and she hopes to contribute to academic discourses and engage with ground realities to make an impact in society.

Trained in literature, dance, and music, Devdasis, or servants of God, are women and girls dedicated to temples in South India. A traditional religious practice among Hindus dating back to the 6th century, girls as young as seven are “married” to a temple deity and dedicate their lives to the performance of sacred rituals and upkeep of the temple. The origin of this tradition can be traced to as far back as the 6th century A.D in the Keshari dynasty in South India (Shingal, 2015, p. 109). The Devadasis were revered because being married to a deity meant they were forever auspicious or ‘Nitya Sumangali’ (ibid.). However, over time, cases of exploitation of women and caste and gender inequalities in the profession began to surface, leading to a critical questioning of the sanctity of the practice. The Devadasis remain caught between the extreme positions, being both central to the discourse as well as isolated from society, with their voices unheard. Thus, in this paradoxical system, isolation persists in the form of inequality and discrimination that results from the profession itself creating and perpetuating caste and gender inequalities.

The British introduced reform measures in 1934 aimed at preventing women from being used as a means of entertainment and servants of god, and these reforms continued post-independence until 2010. However, the Devadasi profession grants women a sense of agency to govern their lives, breaking away from traditional patriarchal values. The women dedicated to the deities are respected and supported by patrons, musicians, priests or even ordinary men who revere them as being an integral part of performance of many religious ceremonies (Sharma, 2007, p. 304). They have the liberty to have multiple partners, to engage in economic activities, childbearing practices and can seek a family life outside the domestic, traditional confines of monogamy and marriage (ibid., p. 305). Moreover, a Devadasi enjoys privileges of a man, because she has no legal husband. She inherits family property, performs death rites of her parents, and takes on the duties associated with a son (ibid.).

In light of this freedom, the Anti-Nautch movement in 1947 was a culmination of the many attempts by colonialists and rigid adherents of the ‘domesticated’ woman to ‘purify’ the Devadasi system. The colonial understanding of India was largely based upon a high-caste Brahmanical textual tradition which propagated a patriarchal notion of womanhood. The Devadasis had no place in this conceptualization of Indian women (Kannibiran, 1995, p. 59), and were thus secluded from this perception of the ideal “Indian woman.” Since the Devadasis subverted this perception, the Anti-Nautch movement was an important part of the colonial reforms to oppose the tradition.

Paradoxically, the acts that were meant to free the Devadasi became the reason for their isolation from society. The colonial mindset that was based on an understanding of the stereotypical Indian woman could not accept the agency and privileges that the Devadasis had. This mindset persisted in post-colonial India, which continues to be marked by a paternalistic gaze dictating the lives of women. In 1988, the government of India’s Andhra Pradesh passed the Devadasi (Prohibition of Dedication) Act, thereby legally prohibiting the “Devadasi custom” among the Madiga community, a low caste community generally described as Dalit, and initiated various NGO and government reform measures, including explicit police surveillance. Crucial to these interventions is a combination of pedagogy, force, and economic enticement, of specific dispositions that ostensibly compels the Devadasi woman to “dress modestly, marry a suitable man and lead a normal life” (Betlam, 2015, p. 132). Thus, both the colonial and postcolonial measures seek to isolate the subaltern, non-normative practices and restrict the sexuality of women within a singular framework of upper caste Hindu respectability (ibid.).

Nonetheless, these attempts to reform cannot be completely written off. The very act of dedicating young girls without consent  to a temple deity and imposing norms of excelling in the art of temple duties, music and dance can be exploitative. Despite living in a matrifocal household, the status of women in the system is not akin to the role of men in a patriarchal setting and their career is steered by the male priests or their gurus (musicians who train them in the arts) (Shingal, 2015, p. 110). Gratifying the desires of numerous men may become obligatory to maintain their patronage(ibid.).  In forcing the women to be Devadasis and imprisoning them within expoitative structures, the system itself becomes anti-feminist in its framework. Thus the very gender that in the 6th century served as a privilege for she represented the axis of the temple and socio-cultural setting, gradually began to be a barrier for leading a decent standard of living.

Caste inequalities further worsen the condition of Devadasis. The Devadasi tradition towards the end of the 20th century and beginning of the 21st century became known for the exploitation of lower caste girls, forced by norms and poverty into serving temples and needs of the patrons who supported them financially (Kannibiran, 1995, p. 62). Upper caste families’ control over the temple acts as a means for them to perpetuate this practice of exploitation under the sanction of religion (ibid.).  Given their disadvantaged economic, social, and cultural capital, the patronage offered by the temple priests and the upper caste men is viewed by the devadasis as the only means to guarantee a secure profession. Similarly, among the Madiga community in Andhra Pradesh, even though the Devadasi tradition is considered inviolable, many parents are reluctant to dedicate their daughters to the deity, citing sexual harassment that Dalit women are subjected to (Betlam, 2015, p. 134). Thus, gender and caste play a dual role in oppressing the Devadasis.

When it comes to avenues for redress, judicial processes in India are more reactionary than proactive in advocating for progressive change. A case of abuse faced by Devadasi women and girls in Tamil Nadu came to the notice of an NGO, Sampark, as recently as 2017. The case was taken to the Supreme Court of India which called for strict implementation of the Devadasi (Prohibition of Dedication) Act, 1988 and issued guidelines for the rehabilitation of women in state sponsored shelter and care homes (Ravi, 2021). However, these guidelines remain only on paper with no state authorities to oversee its implementation nor avenues for women to air their concerns. Moreover, while this case was recognized by authorities, many other issues of abuse and exploitation remain unreported for reasons such as women fearing for their life or having no means to seek help (ibid.). 29 years since the law was passed, the unabated exploitation and ignorance of women by societal institutions including the legal networks, is a matter of grave concern. While the courts address sexual exploitation in the ritual, they fail to be cognizant of the women as artists who exercise agency in performing and teaching dance, music, and literature. These legal band-aid interventions then simply push the women further into poverty and marginalization by legitimizing the taking away of their profession in the arts. Policy organizations which have studied the Devadasi culture recommend income generation activities as an alternative to the low-wage and less protection model of employment for the devadasi women (Ravi, 2019). Creation of federations, unions, and self-help groups to enable the women to raise their concerns and create awareness about their constitutional rights are among the major policy suggestions. These recommendations stem from the recognition that Devadasis have a right to protect their art and culture while also remaining protected from exploitation.

The Devadasi culture remains an active practice in several districts in South India. Rather than being recognized over time, the very Acts and reforms meant to include the Devadasis within mainstream social networks have inadvertently isolated them into discriminatory spheres. Slipping between these legal gaps, they are pushed back into a tradition of gender and caste exploitation. They are caught in a double bind, wherein to remain a Devadasi is to bear with societal disapproval as well as exploitation from within the system but to renounce the tradition and respect for rituals is to fall into the hands of hegemonic laws that isolate her from recognition and agency associated with a devadasi. What then persists is the Devadasis’ isolation, their voices unheard. The way forward is then to recognize the existence of devadasis, understand the nuances of the tradition, and push for implementation of policy recommendations from social welfare organizations with the hope that the Devadasis lead a life liberated from the shackles of a colonial gaze and gender and caste inequalities.

Ravi, Niharika. “Why women continue to be dedicated 74 years since the first devadasi

Sharma, Karuna. “The Social World of Prostitutes and Devadasis: A Study of the Social

Structure and Its Politics in Early Modern India.” Journal of International Women’s