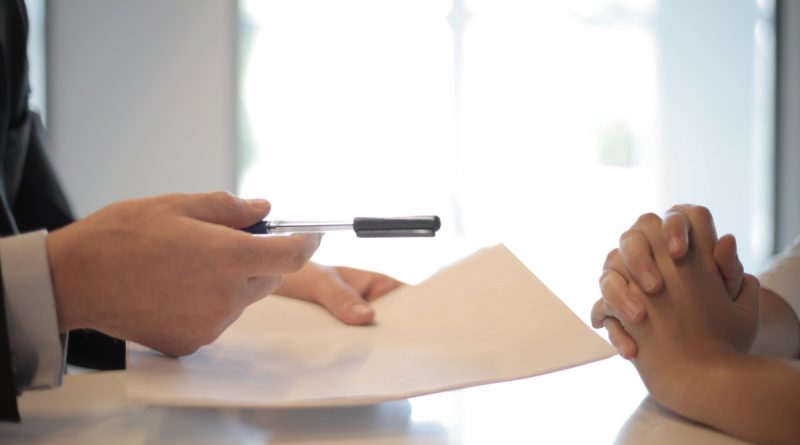 2022 Print Edition Articles
June 6, 2022June 16, 2022 213 Views equal pay, race, work
Matthew Roling
Matthew Roling, CPA, is an adjunct finance professor, sustainability nerd, and occasional media contributor. He is currently working on a master’s in public administration at the John F. Kennedy School of Government at Harvard University. Prior to studying at Harvard, Matthew worked in academic leadership, management consulting, and angel investing. Matthew was also one of the founders of Enough SAID, a community group in Detroit, Michigan, that raised money and advocacy to successfully end and adjudicate a backlog of over 11,000 untested sexual assault kits. He received his bachelor’s in business administration and his master’s in accounting from the University of Wisconsin-Madison.

Photo by Andrea Piacquadio via Pexels

A mantra we hear almost daily from corporate titans everywhere is, “People are our most valuable resource.” There is evidence to back up this claim. In 1975, 83% of the value of an S&P 500 company was tied to its physical assets. By 2015, that statistic had completely inverted, and human capital represented 84% of the typical company’s value.[1]

Research tells us that more diverse companies outperform their peers[2]. These dynamics, coupled with a more socially conscious shareholder class, have led the Securities and Exchange Commission (SEC) to look at human capital disclosures more seriously.

Current disclosure rules do not tell us much about the economic parity or advancement of protected classes in corporate America. This deficit could be addressed immediately by requiring publicly listed companies to disclose median compensation by gender and race.  Requesting information of this nature is not new.  The Dodd-Frank Act of 2010 requires almost all U.S. firms to disclose their CEO pay ratios (total CEO compensation compared with the median employee)[3].  And any firm with employees in the United Kingdom is already required to disclose their pay gap for UK based employees[4].

Until 2020, the SEC only required companies to disclose one HR related metric: the total number of employees at a public company. New rules released last year now require companies to disclose material human capital risks related to attraction, development and retention – as well as diversity, equity and inclusion (DEI), and safety issues. However, the Commission’s guidance fell short of telling companies which data to disclose. If this sounds vague to you, you’re not alone.

Without direct guidance, companies struggled with this mandate and were unsure which information to share with investors or how to present it – a problem that seems to plague most corporate DEI programs. Even when there were good intentions, there was poor data and little comparability.  To wit, one of America’s most esteemed software companies used its DEI report to trumpet perfect pay equity (equal pay for equal work) of $1.01 in earnings for women for every $1.00 a man made in an equivalent role.  However, that same firm’s UK based female employees still only made 90% of what men made when compared across all employment classifications (pay gap).

Why does median total compensation matter?  If Facebook executive Sheryl Sandberg walks into a bar with nine Americans who each make $36,000 (approximate per capita US income), the average income of the bar (after her arrival) would spike to $3-5 million dollars per year.  Yet, the median income of $36,000 would remain unchanged. In extreme environments, like corporations with large CEO pay packages, median figures tell us more about how the average employee is treated.  Median total compensation data cuts through the myriad of factors that contribute to pay gaps (talent pipeline, attraction, retention, motherhood, and yes, sometimes discrimination) and offers one clean data point that is relatively immune from statistical window dressing.

For decades, the investment community’s primary focus has been on risk and return.  Whether or not an investment was “good for the world” was usually an afterthought.  With the rise of ESG (environment, social justice, and corporate governance) investing, both individual and institutional investors are now paying more attention to social accountability and making sure that they’re putting their money where their values are.  Even with changing investor sentiments, companies are still fighting shareholder led gender pay disclosure resolutions.  In a sampling of 12 such resolutions from the 2020 proxy season, Oracle Corp. was the only company that encouraged investors to vote for the resolution[5] – a smoking gun for regulators that voluntary disclosure is not the answer.

Requiring SEC registered companies to disclose median total compensation by gender and race would usher in a new era – one in which corporate DEI efforts might gain sponsorship in a way that they never have before. Mitigating glaring compensation gaps might become a customary key performance indicator for all corporate managers. And most importantly, as it relates to the SEC’s mission, socially responsible investors would be able to visibly track corporate performance and improvement and make their investment decisions accordingly.

The current SEC Chairman, Gary Gensler, has been known to lead measures to adopt disclosure requirements that cater to the interests of socially responsible investors. This does not imply that migration to more robust human capital disclosures is inevitable. The time is now to move swiftly towards a data-driven approach to human capital investor disclosures.  In recent years, ESG investing has become a tremendous area of growth for the financial services industry.  However, it’s not without its sceptics – many of whom claim that investing decisions are not a substitute for sound policy measures that are ultimately necessary to fix social problems.  These criticisms of the ESG movement can be used as political cover for the SEC to craft consistent disclosure policies around human capital that can help us drive a more just and equitable economy.

[2] Why Diverse Teams Are Smarter (hbr.org)

[3] SEC.gov | The CEO Pay Ratio Rule: A Workable Solution For Both Issuers and Investors

[5] Opinion: Companies say they want to close the gender-pay gap. So why are they trying to block relevant disclosures to investors? – MarketWatch