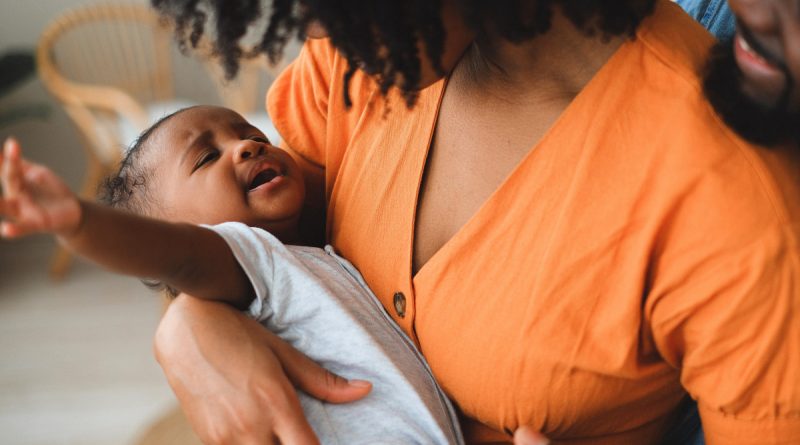 Photo by Anna Shvets via Pexels

American society was not built for birthing people to thrive—or at times even to survive. The United States lacks paid parental leave and universal childcare policies and has the highest rate of maternal mortality among all industrialized countries. There are stark racial disparities in the maternal mortality rate in the United States: Black mothers die at over three times the rate of White mothers.[i],[ii] Ensuring consistent prenatal, delivery, and postpartum health insurance coverage for birthing persons is a critical step in tackling severe rates of maternal mortality. As federal legislation expanding health insurance coverage to low-income birthing people has stalled, individual states can and should utilize state plan amendments to extend these benefits in order to address these disparities.

While maternal mortality—and specifically Black maternal mortality—has garnered increasing media attention in recent years, championed by activists, academics, and even the vice president, concrete action to support birthing people has been inadequate to address this crisis. The absence of tangible change on this matter is not due to lack of options, especially when it comes to ensuring that vulnerable populations have consistent access to health insurance for the year after birth. While access to health insurance does not guarantee access to care, uninsured individuals are generally less likely to obtain preventive care services and more likely to delay needed care, resulting in worse health outcomes.[iii],[iv]

The Medicaid program was established in 1965 as a public health insurance program jointly administered by the federal government and states. Over time, Medicaid has become a broad insurance program for low-income individuals in the United States. While federal statutes and regulations set certain standards that all states must follow, states have significant discretion in the design of their Medicaid program. Medicaid coverage is particularly relevant for birthing people and infants: nearly half of all births in the United States are paid for by Medicaid.[v] This proportion is highest among people of color: 65 percent of births amongst Black people and 59 percent of all births among Latinx people are Medicaid-financed.[vi] Currently, federal law only requires that Medicaid coverage be maintained for 60 days postpartum.[vii]

While many assume that health care for birthing people is most important during prenatal care and delivery, one in three pregnancy-related deaths actually happens between one week and one year after delivery. In this postpartum period, Black and Native American women are three times more likely to die than White women.[viii] Severe maternal morbidity events—such as hemorrhage or postpartum mental health crises—that happen after hospital discharge are more common among the Medicaid-insured population than those with private health insurance.[ix]

Despite the relevance of consistent postpartum coverage for the Medicaid-insured population, expansions in the scope of the Medicaid program in the past decade have not fully addressed this issue, and significant gaps for vulnerable populations remain. In 2010, the Patient Protection and Affordable Care Act (ACA) broadened Medicaid eligibility to all Americans at or below 138 percent of the federal poverty level (FPL).[x] However, a Supreme Court ruling in 2012 made this expansion optional rather than mandatory for all states.[xi] Currently, 12 states concentrated in the South and Midwest still have not expanded their Medicaid program eligibility, largely due to political considerations among conservative politicians.[xii] In 2020, 17.8 percent of the US population was insured by Medicaid, a slight increase from previous years.[xiii]

While babies born to a Medicaid-enrolled birthing person are automatically covered by Medicaid for their first year of life, many birthing people lose Medicaid coverage at 60 days postpartum.[xiv] Some birthing people may re-qualify for Medicaid based on state income thresholds; however, if a birthing person does not re-qualify based on income, they must purchase private insurance from a marketplace, obtain employer-based insurance, or become uninsured. Prior to the passage of the ACA, over half of all birthing people with Medicaid coverage at delivery experienced a gap in their postpartum coverage.[xv] The ACA significantly improved access to care in states that expanded Medicaid, where all individuals with household incomes at or below 138 percent of the FPL can retain coverage beyond 60 days due to their income.

Birthing people in states that have not expanded Medicaid are currently most vulnerable to losing their health insurance: eligibility levels for parents are far lower than eligibility levels for pregnant people in most states. For example, in Texas (a state that has not expanded Medicaid), pregnant individuals are eligible for Medicaid with an income at or below 203 percent FPL. However, parents of a child under 18 are only eligible with an income at or below 17 percent FPL.[xvi] The American College of Obstetricians and Gynecologists recommends postpartum visits at 3 weeks after birth to address acute issues, ongoing care as needed, and a comprehensive visit no later than 12 weeks after birth. If Medicaid coverage lapses at 60 days, comprehensive visits and ongoing care are no longer accessible.[xvii]

Expanding postpartum Medicaid coverage for the entire year after childbirth is an achievable pathway to combat the epidemic of maternal mortality and severe maternal morbidity in the United States, particularly among vulnerable populations. Federal legislation could extend postpartum Medicaid across the country but thus far has been unsuccessful. The Build Back Better Act, which passed the House in November 2021 and has stalled in the Senate, includes a mandatory and permanent expansion of postpartum Medicaid coverage to 12 months after birth.[xviii],[xix] Expansion of postpartum Medicaid eligibility in all 50 states would provide an additional 720,000 individuals with coverage in the year after birth. This expansion would be most significant in the 12 states yet to expand Medicaid that have far stricter income limits for parental Medicaid eligibility than for pregnant people. Currently, only 35 percent of pregnant people qualify for Medicaid postpartum in non-expansion states; full coverage for the year postpartum would expand access for 350,000 individuals in those states.[xx]

With action stalled at the federal level, expansion of Medicaid eligibility for birthing people is up to individual states. Two key pathways exist for states to expand postpartum Medicaid coverage: 1115 Medicaid research and demonstration waivers, and state plan amendments.

Prior to 2021, states looking to expand postpartum Medicaid coverage could submit a 1115 waiver to the Centers for Medicare and Medicaid Services (CMS). These waivers allow states to test new approaches to Medicaid, diverging from federal requirements for the program.[xxi] Five states have used this pathway to expand postpartum Medicaid eligibility both generally and to small subsets of the population, like substance users. However, changes to state Medicaid programs using 1115 waivers are significantly limited by a requirement of budget neutrality: the changes they propose may not cause increased costs to the federal government beyond what would have been spent if the waiver was not implemented.[xxii]

In March 2021, the passage of the American Rescue Plan Act created a new, streamlined pathway for states to expand postpartum Medicaid coverage universally for a year after birth via a state plan amendment. This option takes effect in April 2022 and is available to states for five years. State plan amendments have financial advantages for states because they do not require budget neutrality, as 1115 waivers do. In addition, states using a state plan amendment will receive their regular federal matching rate of funds to financially support this expansion of Medicaid coverage.[xxiii]

While this expansion will cost additional state and federal dollars, maternal mortality and severe maternal morbidity are incredibly costly now. A literature review by the Commonwealth Fund estimates that total maternal morbidity costs in 2019 were $32.3 billion, an additional $8,624 cost for each birth.[xxiv] These figures fail to quantify the profound emotional and psychological toll that maternal morbidity and mortality take on affected birthing people, family members, and their communities. Using a state plan amendment enables states to expand postpartum Medicaid coverage and potentially avert devastating and costly maternal mortality- or morbidity-related medical crises that fall heaviest upon Black and Latinx birthing people in America.

In addition to the 5 states with existing partial or full postpartum coverage expansions based on 1115 waivers, as of February 2022, 22 states across the nation and across the political spectrum have indicated plans to expand postpartum Medicaid coverage via a state plan amendment or 1115 waiver. States that have not yet taken action must do so as soon as possible to take advantage of funding beginning in April 2022.

Reversing severe rates of maternal mortality and morbidity is a critical racial and gender justice issue of this era. Expanding Medicaid to the full year postpartum in every state would impact more than half a million individuals, enabling continuity of care after birth and alleviating financial and emotional stressors in the postpartum period. Funding for postpartum coverage state plan amendments will expire in 2027, highlighting the need for a nationwide, permanent expansion of coverage. Additional legislative solutions beyond postpartum Medicaid expansion, like the Black Maternal Health Momnibus bill, are also needed to address this crisis. The Momnibus bill, introduced by the Black Maternal Health Caucus, focuses on workforce diversification, funding for community based organizations, and direct investments in maternal health care.[xxv] Making an impact on maternal health equity will undoubtedly take multi-pronged efforts on both the state, federal, and community level, but there are few causes more worthy of that significant investment.

[i] Jiajia Chen et al., “Assessment of Incidence and Factors Associated with Severe Maternal Morbidity After Delivery Discharge Among Women in the US,” JAMA Network Open 4, no. 2 (2021): e2036148.

[iii]​​ Rachel Garfield, Kendal Orgera, and Anthony Damico, “The Uninsured and the ACA: A Primer – Key Facts about Health Insurance and the Uninsured amidst Changes to the Affordable Care Act” KFF (blog), 25 January 2019, https://www.kff.org/report-section/the-uninsured-and-the-aca-a-primer-key-facts-about-health-insurance-and-the-uninsured-amidst-changes-to-the-affordable-care-act-how-does-lack-of-insurance-affect-access-to-care/.

[iv] ​​J. Michael McWilliams, “Health Consequences of Uninsurance among Adults in the United States: Recent Evidence and Implications,” The Milbank Quarterly 87, no. 2 (2009): 443–94.

[xi] ​​Sara Rosenbaum and Timothy M. Westmoreland, “The Supreme Court’s Surprising Decision On The Medicaid Expansion: How Will The Federal Government And States Proceed?” Health Affairs 31, no. 8 (2012): 1663–72.

[xiii] “Percentage of people covered by Medicaid in the United States from 1990 to 2020,” Statista, September 2021, accessed 16 February 2022, https://www.statista.com/statistics/200960/percentage-of-americans-covered-by-medicaid/.