Home > 2022 Print Edition > Menstrual Equity in US Prisons and Jails: A Gender-Based Analysis and Policy Responses 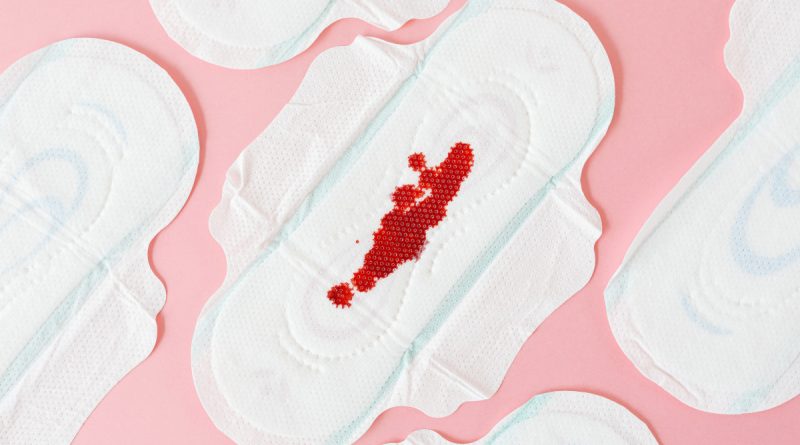 2022 Print Edition Op-Eds and Commentaries
July 18, 2022June 16, 2022 648 Views criminal justice, incarceration, public health, reproductive justice, United States
Antoinette Gingerelli
Antoinette “Toni” Gingerelli is an advocate for women and girls, working to create more inclusive policies and a more reflective democracy. Prior to pursuing her master’s in public policy at the John F. Kennedy School of Government at Harvard University, Toni was the deputy director of RepresentWomen, a nonprofit organization that researches, educates, and advocates for rules and systems reforms to advance representation and leadership of women in the United States. Most recently she served as chief of staff for a New Jersey state senator, where she oversaw office operations, communications, and legislation. Toni formerly served a two-year term as the American Association of University Women as a youth representative to the United Nations.

Photo by Karolina Grabowska via Pexels

There are a limited number of transgender-inclusive, formal studies on the number of incarcerated menstruators. Furthermore, there is also a general failure to differentiate biological sex at birth and gender identity when collecting data on prisoners. The absence of this information leads to sparse knowledge regarding the prevalence of menstrual-product inaccessibility in correctional facilities. Additionally, because prison reform movements often center cisgender men, they usually exclude “the other.” Failure to meet the needs of menstruating individuals can lead to negative health outcomes, including mental health issues.[3] As outlined in this paper, to fully understand the scope of menstrual inequity in US correctional facilities, this paper applies a gender-based analysis to the epidemiology of the issue and explores policies to address these inequities through challenging gender norms, otherwise known as a gender-transformative approach.[4]

Currently there are no formal studies on the number of menstruators incarcerated in the United States. As a result, the only way policy makers and public health professionals can assess menstrual inequity in prisons and jails is to review the available data for women-identifying people and transgender men. Numerous legal cases have argued that transgender individuals have the right, under the Prison Rape Elimination Act, the Equal Protection Clause, the Eighth Amendment, and even the Americans with Disabilities Act, to be placed in the correctional facility that aligns with their gender identity.[5] Unfortunately, despite these legal cases, most US prisons and jails “house transgender prisoners according to their birth/biological sex and not according to their affirmed gender identity.”[6] As a result, the term “women” in data on prisoners may include transgender men and exclude transgender women due to variations in housing policies between correctional facilities.

Given this context, current data estimate that there are approximately 231,000 incarcerated women in the United States. Approximately 200,000 women are in state prisons and local jails, while 16,000 women are in federal prisons.[7] Additionally, nearly 6,600 girls are in juvenile correctional facilities, and 7,700 women are in immigration detention facilities.[8] These statistics encompass all 50 US states as well as correctional facilities in the US territories of American Samoa, Guam, and the US Virgin Islands and US commonwealths of Northern Mariana Islands and Puerto Rico. Since 1978, the number of women in state prisons across the United States has grown at a rate twice that of men.[9] Despite this alarming trend, policies impacting those identifying as women and those who are biologically female in correctional facilities have not evolved over time.

There has yet to be a formal study conducted on the number of incarcerated transgender individuals in the United States. However, a 2009 epidemiological report by Zucker and Lawrence “suggests that the American transgender population is of statistical significance.”[10] According to Elias Lawliet, who studies the transgender population in the United States, “the data we do have suggests that the proportion of transgender inmates in the criminal justice system is high” in comparison to the United States population.[11] According to the 2015 United States Transgender Survey, out of the 28,000 transgender people surveyed, nearly 2 percent stated they were arrested in the past year.[12] This is more than twice the rate of the general population at 0.87 percent.[13] The incarceration rate for transgender people of color is disproportionately higher than that of the general population; for Black transgender individuals, the incarceration is nearly ten times that of the general public.[14] In the most recent study in 2011, the National Transgender Demographic Survey found that “10 percent of its transgender male respondents reported being arrested, as compared to 4.9% in the general population.”[15] In order to further study menstrual equity in correctional facilities, it is essential that state governments collect accurate data on transgender men, including whether they are housed by their gender identity or assigned sex at birth. This will help ensure the need for menstrual products correctional facilities is appropriately met.

Policies on Menstruation for Incarcerated People

Although the progress on menstrual equity in correctional facilities has been slow, there have been some attempts to implement gender-transformative[16] policies. In 2016, the New York City Council passed bill 1122-A, eliminating the cap on the number of sanitary pads an incarcerated person can receive.[17] Prior to the bill, the limit was “eleven thin, poor-quality pads per period.”[18] New York City was the first jurisdiction in the United States to pass legislation of this kind, and it spurred state legislation across the county in the years to follow.[19]

In 2018, the Federal First Step Act required that “The Director of the Bureau of Prisons shall make the healthcare products described in subsection (c) [tampons and sanitary napkins] available to prisoners for free, in a quantity that is appropriate to the healthcare needs of each prisoner.”[20] The act does not specify gender or sex, making it effectively inclusive of all menstruators. Despite these regulations, a lack of enforcement has resulted in many correctional facilities failing to abide by this policy. Greater enforcement by the Federal Bureau of Prisons would create accountability for prison administrators and move the United States toward menstrual equity.[21] Additionally, as outlined in the epidemiological analysis earlier, only 7 percent of incarcerated women are housed in federal prisons.[22] Given that nearly 93 percent of women are housed in state and local correctional facilities, even if effectively enforced, the majority of incarcerated women are not directly impacted by the law.

At the state level, as of 2020, only 13 states have laws requiring that state prisons and jails provide menstrual products at no cost to prisoners.[23] Of the 13 states, 11 use gender-neutral language to describe menstruators. Although this language is more inclusive, due to societal norms associating menstruation with cisgender women, transgender men may be overlooked in the law’s implementation. The other two states, Tennessee and New York, specifically use the term “women” in their laws.[24] As a result, transgender men who still maintain their biological sex and are housed in male prisons are likely to have restricted access to menstrual products.[25]

In the 37 states that do not have laws protecting menstrual product access, policies surrounding sanitary products are at the discretion of either correctional facilities or the state’s Department of Corrections. As a result, many women are forced to purchase sanitary napkins or tampons from the prison commissary, often at an inflated price. Others are forced to ration the menstrual products provided by the correctional facility, which can result in negative health outcomes like reproductive tract infections or toxic shock syndrome.[26] The average job in prison pays approximately $3.50 a day, which often goes toward court fees, phone calls paid by the minute, and sometimes medical fees; as a result, many incarcerated menstruators cannot afford menstrual products.[27] These barriers to access deny menstruators their right to bodily autonomy and essential menstrual hygiene products, an integral part of health care. With that said, standardized policies requiring unlimited access to menstrual hygiene products in all correctional facilities can help rectify these inequities.

The Importance of a Gender-Based Analysis

A gender-based analysis provides insight on the role of sex-linked biology, structural sexism, and gender embodiment. In the case of menstrual equity in prisons, a gender-based analysis provides insight about the data that prisons don’t collect. However, a gender-based analysis does not simply mean drawing attention to the data that are missing but also attempting to understand why certain populations may not be included as a result of societal structures and norms. For example, as Linda Steele and Beth Goldblatt suggest, transgender individuals are often “excluded from efforts to address menstrual inequities facing cisgender women and girls,” as visible in correctional facility reform, due to “failing to meet normative gendered ideas of the menstruating body.”[28] This is because menstruation is “a vehicle for sex and gender normativity and ideals of embodiment,” or in other words, norms regarding who menstruates uphold sex and gender norms.[29]

Assessing the role of structural sexism and power dynamics in the prison system also provides insight about the perpetuation of menstrual inequity. Menstruation cannot be separated from cultural, social, and political dynamics, as seen the prison system.[30] There are documented cases of correctional officers withholding menstrual products to control incarcerated women, stop them from reporting inappropriate behavior, or coerce them into sexual favors.[31] There is a clear power imbalance between the correctional officers, many who identify as men, and the incarcerated women.[32] As Inga T. Winkler notes, “Menstruation is fundamental because it is ultimately about power relations—the power of the guard in the prison or staff in a homeless shelter to dispense or withhold menstrual products.”[33]

The heterogeneity of menstrual equity laws in correctional facilities by state results in inequitable access for incarcerated menstruators. An equitable solution would be to create a national policy, applied to correctional facilities at all levels, that clearly specifies the right of all menstruators to access menstrual products. To do so, the Biden administration can direct the Department of Justice to promulgate regulations on providing menstrual products to menstruators of all identities. It is important that the Department of Justice develops clear regulation and enforcement mechanisms to ensure the policy is implemented in an inclusive manner. Additionally, through federal legislation or regulations, all prisons and jails should be required to collect information on self-reported gender identity, in addition to biological sex, during the prisoner intake process. These data will provide better insight on the prevalence of menstrual inequity and enable better allocation of resources. In order to have a significant impact, menstrual equity in correctional facilities must be addressed with a gender-transformative approach.